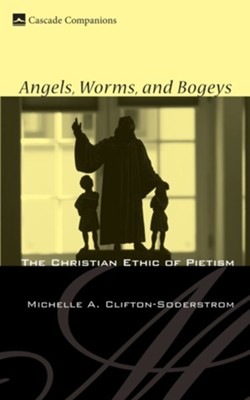 Angels, Worms, and Bogeys: The Christian Ethic of Pietism - eBook

▼▲
From their theological and devotional writings to their social and ecclesial practices, the fathers and mothers of Pietism boldly declared the ethical spirit of the Christian faith. This seventeenth-century renewal movement inspired a simple Christian ethic by connecting Christian character with the theological virtues of faith, hope, and love. They sought to cultivate these virtues by reading Scripture together, empowering the common priesthood of believers, and engaging in social and ecclesial reform toward the end of spreading the gospel. Pietism brought together faith and life, Word and deed, and piety and social reform in effort to get back to the basic belief in the power of God's Word to engender faith and to transform human life. This book celebrates Pietism's contribution by telling the stories of three early figures--Philipp Jakob Spener, Johanna Eleonora Petersen, and August Hermann Francke--as they attended to issues of class, gender, poverty, and education through the lens of scripture. In addition to clarifying what historians call "one of the least understood movements in the history of Christianity," this book challenges a religious culture that juxtaposes faith and social action, and it rehabilitates the Pietist heritage and its central role in the birth of Evangelicalism.

▼▲
Michelle Clifton-Soderstrom is Assistant Professor of Theology & Ethics at North Park Theological Seminary in Chicago. She has published in Journal of Medicine and Philosophy, Political Theology, and The Covenant Companion.

▼▲
I'm the author/artist and I want to review Angels, Worms, and Bogeys: The Christian Ethic of Pietism - eBook.
Back
Back