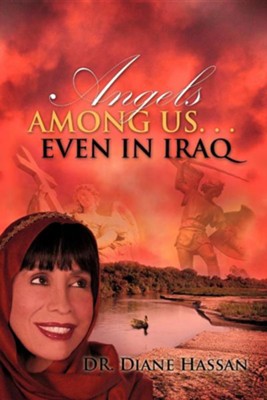 Angels Among Us. . .Even in Iraq

▼▲
Dr. Diane Hassan is a native of Dothan, Alabama, and holds a B.S. degree in biochemistry from the University of Alabama at Birmingham and a M.D. degree from the University of Baghdad College of Medicine. She is a popular speaker at schools, civic clubs, churches and other organizations. She currently resides in Dothan with her husband, Dr. Hashim Hassan, an oral surgeon, and their son, Dr. Mohammed Hassan, a dentist. Angels Among Us . . . Even in Iraq is a fascinating story of love and survival, of how people can overcome any obstacle to fulfill a dream. In a highly entertaining fashion, the American wife of a prominent member of Saddam Hussein's political hierarchy chronicles her life in Iraq until she and her family dramatically escape after an attempted assassination of her husband during Saddam's purge following Desert Storm. Dr. Taha Al Baka, a former Iraqi government minister, comments, "If you are among those Americans who care about their democratic freedoms, constitutional government and due process of law, then you should read this book. You will have a greater appreciation of your country and a greater resolve to guard the basic principles on which it was founded."

▼▲
I'm the author/artist and I want to review Angels Among Us. . .Even in Iraq.
Back