Skip to main content
SPRING CYBER EVENT STARTS NOW: And it's a really BIG deal! Up to 88% off through 5/24>
Angel Tracks in the Himalayas
By: Gary Shepherd
Stock No: WW912460 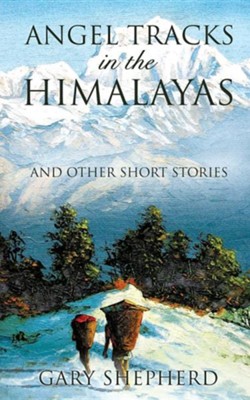 Angel Tracks in the Himalayas

▼▲
Few know the price of the Gospel like Gary Shepherd. This is a life-changing story of what it really takes to follow God's call. You may never look at your Bible the same way again... Gary's simple faith, captured in eloquent detail, will make you feel as if you are right in the center of the action: facing the King Cobra, hearing the witch scream, feeling the searing bullets. If you have ever wondered, in an age of relativism and limp-wristed Christianity, where the real Kingdom is operating-then read these pages. With honesty and craftsmanship, Gary relates his journey in a way that will comfort those who have served and know... and inspire those whose time has yet to come. "I have known Gary for many years and have admired his faith and sacrifice for the Bibleless peoples of the world. His love and service to the people of Nepal has made him one of my heroes. His story, however, is not just his story, it is God's story. And for anyone who takes seriously God's command 'to go into all the world, ' it is our story." Bernie May - Former President of Wycliffe Bible Translators "Angel Tracks in the Himalayas is an account of unusual faith and venture... You will be reading about miracles accomplished through the power of the Holy Spirit." Dr. Orval C. Butcher - Founder of Skyline Wesleyan Church Gary and Barbara Shepherd began serving in Nepal with Wycliffe Bible Translators in 1969. In November of 1991, after 22 years, the Magar New Testament was officially dedicated. Today there is a vigorous band of believers spread throughout the Himalayas. Gary currently resides in Dallas, Texas, with his wife, Kerry. He enjoys being outdoors and taking his grandchildren fishing.

▼▲
I'm the author/artist and I want to review Angel Tracks in the Himalayas.
Back