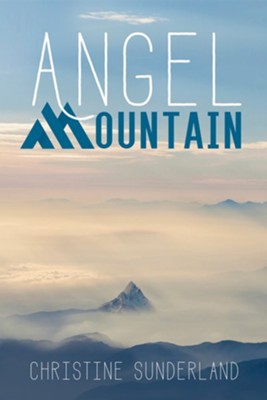 ▼▲
A holy hermit, a Holocaust survivor, a literary librarian, and a Christian geneticist search for peace and happiness in a culture of chaos. Hermit Abram, eighty, and his sister Elizabeth, eighty-four, escaped the Holocaust in Greece and made it to America as children. Elizabeth retired from teaching high school Western Civilization, and Abram, who retired from teaching classics at U.C. Berkeley, converted to Christianity and retreated to Angel Mountain to pray with his icons for the world and preach from the mountainside. Elizabeth hires Catherine, thirty-three, to sort her home library. When Gregory, thirty-seven, a geneticist supporting intelligent design, falls from the mountainside and is rescued by Abram, these four lives are changed forever. The earth quakes, fires rage, and lightning strikes, as antifa protestors threaten the hermit and his friends. Angels bridge Heaven and Earth, and eternity intersects time. Is this the end of the world? Is the kingdom coming?

▼▲
I'm the author/artist and I want to review Angel Mountain - eBook.
Back
Back