Anecdote: Studies in Mark, the Classical World, and the Rabbis
By: Marion Moeser 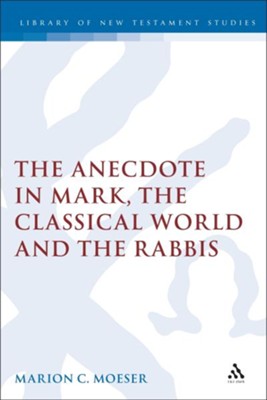 Anecdote: Studies in Mark, the Classical World, and the Rabbis

This major study of a Markan genre, represented in the central section 8.27-10.4, ranges through Greek, rabbinic and early Christian literature, providing detailed comparison with the anecdotes in Lucian's Demonax and the Mishnah.Moeser concludes that the Markan anecdotes clearly follow the definition of, and typologies for, the Greek chreia. His analysis indicates that while the content of the three sets of anecdotes is peculiar to its respective cultural setting, the Greek, Jewish and Christian examples all function according to the purposes of the genre.

▼▲
I'm the author/artist and I want to review Anecdote: Studies in Mark, the Classical World, and the Rabbis.
Back
×