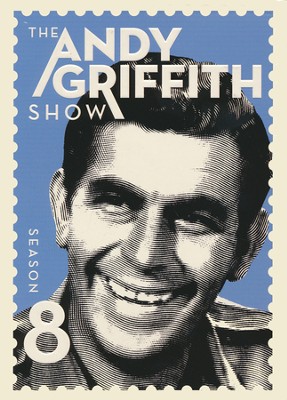 DVD Playable in Bermuda, Canada, United States and U.S. territories. Please check if your equipment can play DVDs coded for this region. Learn more about DVDs and Videos
This product is not available for expedited shipping.
* This product is available for shipment only to the USA.

It's the eighth and final season of the show TV Guide dubbed "one of the greatest television shows of all time." Although it's time to say good-bye, there are still plenty of laughs, lessons and homespun humor in the eighth season of this classic TV series. Marriage may be in the cards for both Aunt Bee (Frances Bavier) and Howard Sprague (Jack Dodson)... Goober (George Lindsey) becomes his own businessman... Opie (Ron Howard) discovers the infectious twang of a rock 'n' roll guitar... and Andy Taylor (Andy Griffith) himself still somehow manages to keep Mayberry's humble sheriff's department running without a hitch - well, most of the time! And don't miss the return of Barney Fife (Don Knotts), as the bumbling former deputy returns to Mayberry and inadvertently threatens to add a new layer of frost to the Cold War! There's all this - plus the episode introducing the series spin-off, Mayberry R.F.D. - in this five-disc, 30-episode final season. Closed-captioned. Approx. 12 hours 13 minutes.

▼▲
I'm the author/artist and I want to review Andy Griffith Show, Season 8 (Repackaged).
Back
×
Back
×