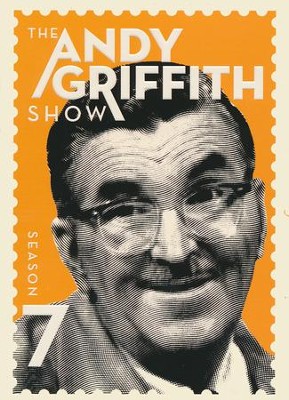 It was a colorful season seven for The Andy Griffith Show, 30 more fun-filled visits to the familiar streets of Mayberry, and to the warm-hearted folks who brought the town to life. By all accounts, this was the most successful season yet for the critically acclaimed family show. It was the top-rated half-hour of the 1966-67' season and earned two Emmy Awards for the supporting work of Don Knotts (as fumbling Barney Fife) and Frances Bavier (as beloved Aunt Bee). Relive your favorite Mayberry moments and join Andy (Andy Griffith), Opie (Ron Howard), Floyd (Howard McNear, in his final season) and the rest of the town for this five-disc odyssey to a time and place when mistakes, misadventures, and even disagreements eventually would work out just fine. 5-disc set. Closed-captioned. Approx. 12 hours 44 minutes.

▼▲
I'm the author/artist and I want to review Andy Griffith Show, Season 7 (Repackaged).
Back
×
Back
×