The Pit and the Pendulum: Short Story - eBook
By: Edgar Allan Poe 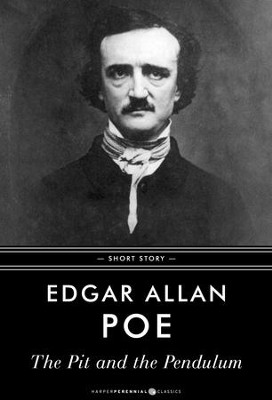 The Pit and the Pendulum: Short Story - eBook

Imprisoned and condemned to death by the Spanish Inquisition, an unnamed man is cruelly tortured by his captors even as an enemy army encircles the city.

A pioneer of the short story genre, Poe’s stories typically captured themes of the macabre and included elements of the mysterious. His better-known stories include “The Fall of the House of Usher”, “The Pit and the Pendulum”, “The Murders in the Rue Morgue”, “The Masque of the Red Death” and “The Tell-Tale Heart”.

HarperCollins brings great works of literature to life in digital format, upholding the highest standards in ebook production and celebrating reading in all its forms. Look for more titles in the HarperCollins short-stories collection to build your digital library.

Edgar Allan Poe (1809-1849) reigned unrivaled in his mastery of mystery. Born in Boston, he was orphaned at age three, expelled from West Point for gambling and became an alcoholic. In 1836 he secretly wed his thirteen-year-old cousin. The Raven, published in 1845, made Poe famous. He died in 1849 under what remain suspicious circumstances.

▼▲
I'm the author/artist and I want to review The Pit and the Pendulum: Short Story - eBook.
Back
×
Back
×