Skip to main content
God and the Brain: Neuroscience and the Rationality of Belief
By: Kelly James Clark
Stock No: WW876910 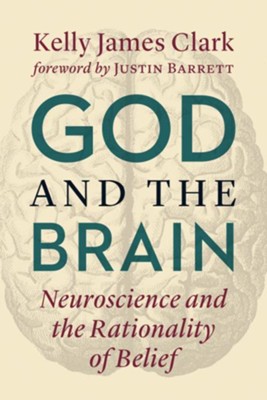 God and the Brain: Neuroscience and the Rationality of Belief

Does cognitive science show that religious conviction is irrational? Is faith in God—as Richard Dawkins suggests—a delusion? Do our genes determine what we believe? Scientifically minded and philosophically astute, Kelly James Clark's thought-provoking work provides an accessible overview of brain science as it pertains to religion, evaluating its implications for both theistic and atheistic belief.

Does cognitive science show that religious belief is irrational?

Kelly James Clark brings together science and philosophy to examine some of humanity’s more pressing questions. Is belief in God, as Richard Dawkins claims, a delusion? Are atheists smarter or more rational than religious believers? Do our genes determine who we are and what we believe? Can our very creaturely cognitive equipment help us discover truth and meaning in life? Are atheists any different from Mother Teresa? Clark’s surprising answers both defend the rationality of religious belief and contribute to the study of cognitive science.

God and the Brain explores complicated questions about the nature of belief and the human mind.

Scientifically minded, philosophically astute, and reader-friendly, God and the Brain provides an accessible overview of some new cognitive scientific approaches to the study of religion and evaluates their implications for both theistic and atheistic belief.

▼▲
Kelly James Clark is senior research fellow at the Kaufman Interfaith Institute at Grand Valley State University; his many other books include Written to Be Heard, Return to Reason, and When Faith Is Not Enough.

▼▲
John Swinton
— University of Aberdeen
"There is much discussion these days, particularly among the so-called ’New Atheists,’ as to whether religion is rational and worthy of serious consideration. What is lacking in these discussions is a serious philosophical account that critically explores the nature of rationality and moves beyond poorly thought through polemics, toward a credible, verifiable, and respectful viewpoint. Clark offers precisely such an account. Coming from the perspective of cognitive science of religion, he lays out a fresh and challenging new perspective on rationality and the nature of religion. Carefully and thoughtfully he puts the lie to some unhelpful understandings and misunderstandings about religion and religious experience and offers a new perspective that holds much promise."

Todd Tremlin
—author of Minds and Gods: The Cognitive Foundations of Religion
"God and the Brain helps Christian theology catch up with the cognitive science of religion, today’s most important approach for making sense of religious thinking and behavior. Kelly James Clark recruits Reformed epistemology to demonstrate that the human propensity to believe in God is both perfectly natural and justifiably rational."

▼▲
I'm the author/artist and I want to review God and the Brain: Neuroscience and the Rationality of Belief.
Back
Back