Skip to main content
And One to Grow on
By: Thomas Seaver
Stock No: WW349249 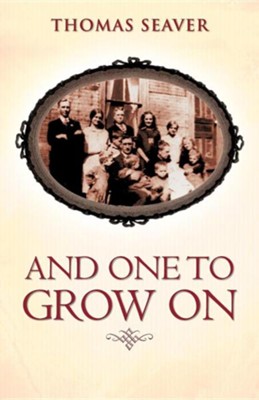 And One to Grow on

▼▲
Having barely settled in to the hard, but satisfying, life on their Canadian homestead, John and Katy Bramwell are suddenly uprooted by the far-reaching tentacles of World War I. Then, soon after they relocate to the States, John inadvertently becomes the only suspect in the disappearance of an elderly local resident. Can he ever escape this cloud hanging over his head? Although the Bramwells often struggle just to provide the necessities of life for their steadily growing family, there is always plenty of love to go around. But will that be enough when tragedy comes calling? And what about Rosie, the oldest Bramwell daughter? From her first day in kindergarten, she has had her heart set on someday becoming a teacher. Will she keep that dream alive through the years or become disillusioned by the unsettling problems she witnesses in the crowded, one-room country school she and her siblings attend? A retired mathematics teacher, Thomas Seaver also coached cross-country and track & field in the small West Michigan city of Greenville. From the time he was just a boy, music has always played a prominent role in his life, and he presently enjoys composing and arranging songs for his gospel quartet. The author now resides in Kimball, Michigan, with his wife, Carol.

▼▲
I'm the author/artist and I want to review And One to Grow on.
Back