And God Said, Come! Create with Me
By: Lucille Anderson 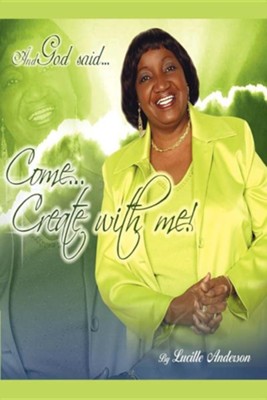 And God Said, Come! Create with Me

▼▲
"And God said, Come Create With Me" brings to light the awesome creative abilities that God gave us in the beginning when they said, 'Let us make them like ourselves, creators with the empowerment and ability of ourselves. He also said, I have said you are gods, and children of the Most High. We have the DNA of our creators, and nothing should be impossible for us to accomplish when we follow the pattern God mandated for us "in the beginning " The signs of the times are revealing to us that the Millennium is upon us, the 1000 year period in which we will be in training for reigning, acquiring and perfecting the skills necessary for judging angels. The earth is groaning for the manifesting of the sons of God, and this book reveals some empowering aspects for perfecting some of our powers that have been veiled until now. The revelation for "Come Create With Me" is a direct result of her profession, in which one sees the vision of the completed design before it manifests in the natural. She is the retired business owner of Works Of Wonder Interiors in Akron, Ohio. Growing up in the projects of Akron she had a desire to attend college but had two strikes against her: No one she knew from the projects had attended college, and her family couldn't afford to send her. As an independent person with a strong desire to control her own destiny she opened her design business in 1980 achieving both of her original goals: a college degree, and becoming an interior designer. She is married to "the most wonderful man in the world," has one son, Terry, and one granddaughter, Terriona. She is a member of Harvest House Christian Center, under Pastors Drs. Jerome and Barbara Parker.

▼▲
I'm the author/artist and I want to review And God Said, Come! Create with Me.
Back
×