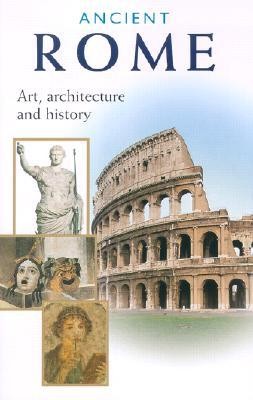 ▼▲
Rome continues to be the monumental expression of a legend. It is the eternal city where all roads of the ancient world converged, and through the millennia has been the model for the very concept of a universal empire. Through art, architecture, and urban planning, the empire expanded with an exceptional synthesis of technology, politics, law, and propaganda, conquering Europe, the Mediterranean, and the Near East. Accompanied by masterpieces of architecture, sculpture and painting and the words of illustrious figures, Ancient Rome: Art, Architecture, and History follows the arc of the city and its civilization from their beginnings to their height and decline. Included are discussions of the emperor Augustus; the Julio-Claudian dynasty; the ill-fated town of Pompeii; the architecture and planning of the metropolis; the art and architecture of the provinces of Europe and North Africa; and the fall of the Western Empire and the establishment of the Byzantine Empire as the heir of Rome.

▼▲
Ada Gabucci is the editor of the magisterial study The Colosseum, also from Getty Publications.

▼▲
I'm the author/artist and I want to review Ancient Rome: Art, Architecture and History.
Back
×