Skip to main content
SPRING CYBER EVENT STARTS NOW: And it's a really BIG deal! Up to 88% off through 5/24>
Ancient Regime and the French Revolution
By: Alexis de Tocqueville
Stock No: WW441640 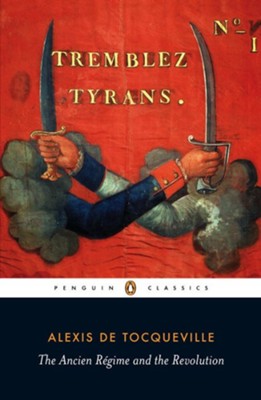 Ancient Regime and the French Revolution

The Ancien R&eacute;gime and the Revolution is a comparison of revolutionary France and the despotic rule it toppled. Alexis de Tocqueville (1805–59) is an objective observer of both periods – providing a merciless critique of the ancien r&eacute;gime, with its venality, oppression and inequality, yet acknowledging the reforms introduced under Louis XVI, and claiming that the post-Revolution state was in many ways as tyrannical as that of the King; its once lofty and egalitarian ideals corrupted and forgotten. Writing in the 1850s, Tocqueville wished to expose the return to despotism he witnessed in his own time under Napoleon III, by illuminating the grand, but ultimately doomed, call to liberty made by the French people in 1789. His eloquent and instructive study raises questions about liberty, nationalism and justice that remain urgent today.

▼▲
Alexis de Tocqueville (1805-59) was a historian, social critic, and politician. He is best-known for his keen his insights in Democracy in America, but made equally important observations about the French Revolution.

▼▲
I'm the author/artist and I want to review Ancient Regime and the French Revolution.
Back