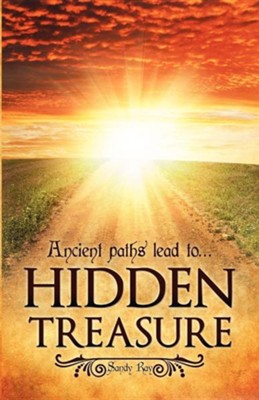 ▼▲
The relevance of Hidden Treasure lies not in the story's ancient surroundings but in the truths revealed concerning love, family, and faith. As the reader follows an angel sent to protect an invaluable treasure, he is drawn into the intriguing and secretive formulas of the ancient Hebrew sages and is thrust into the treachery and turmoil of the time of Yeshua, the Messiah. Through evil plots, murder, and natural disasters, the protection of the treasure is paramount. Why is this treasure so valuable? It's not the monetary value, but much, much more. Supernatural battles between angels and demons are fought to protect those who carry the Light-reminding us that our world is inhabited by unseen forces. As the story concludes, the reader learns of his own hidden treasure and how to protect it. Sandy Ray is the mother of two beautiful daughters and five gifted grandchildren. She communicates the truth that God loves every person and longs for them to live eternally with Him in heaven-but the choice of heaven or hell belongs to each of us. Sandy shares with her readers, the dreams, visions, and supernatural encounters she has personally experienced. Many of the scenes, though fictionalized, are taken directly from her personal journals, prayer encounters, and the Bible. It is her mission to encourage people to build a firm relationship with God through salvation and the truths contained in the Bible, then to move into the spiritual dimensions at the direction of the Spirit of the Living God. It is time for the Body of Christ to realize that Spiritual warfare is real and it is critical that these last generations enter the battle to end the war of the ages. Worship is our most powerful weapon of war. Worship is our Vic tory

▼▲
I'm the author/artist and I want to review Ancient Paths Lead To... Hidden Treasure.
Back