Skip to main content
SPRING CYBER EVENT STARTS NOW: And it's a really BIG deal! Up to 88% off through 5/24>
Ancient Jewish and Christian Scriptures: New Developments in Canon Controversy
By: John J. Collins, Craig A. Evans, Lee Martin McDonald
Stock No: WW265970 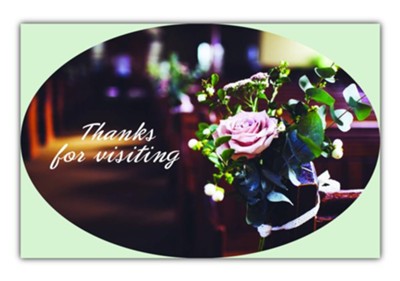 John J. Collinsis Holmes Professor of Old Testament Criticism and Interpretation at Yale Divinity School. His books includeJewish Wisdom in the Hellenistic Age;Apocalypse, Prophecy, and Pseudepigraphy: On Jewish Apocalyptic Literature; The Invention of Judaism: Torah and Jewish Identity from Deuteronomy to Paul; and, most recently, What Are Biblical Values? What the Bible Says on Key Ethical Issues.Collins serves as general editor of the Anchor Yale Bible and Anchor Yale Bible Reference Library. He is on the editorial board of theJournal for the Study of JudaismandDead Sea Discoveries.Previously, he has served as President of the Society of Biblical Literature and the Catholic Biblical Association.

Craig A. Evans is an esteemed, internationally recognized biblical scholar, author, and a regular guest on TV documentaries. He is John Bisagno Distinguished Professor of Christian Origins at Houston Theological Seminary. He was formally Payzant Distinguished Professor of New Testament at Acadia Divinity College. Before coming to Acadia, Evans taught at Trinity Western University in British Columbia for twenty-one years, where he directed the graduate program in biblical studies and founded the Dead Sea Scrolls Institute. He is the author or editor of more than fifty books and hundreds of articles and reviews. Evans has lectured at Cambridge, Oxford, Durham, and Yale. He also regularly lectures and gives talks at popular conferences and retreats on the historical Jesus, archaeology, the Dead Sea Scrolls, and the Bible.

Lee Martin McDonaldis President Emeritus and Professor of New Testament Studies at Acadia Divinity College and past President of the Institute for Biblical Research. He is the author or editor of over thirty books and more than 160 articles and essays and writes extensively on canon formation, includingThe Canon Debate;The Biblical Canon: Its Origin, Transmission, and Authority;Formation of the Bible: The Story of the Church's Canon; The Origin of the Bible: A Guide for the Perplexed;and The Story of Jesus in History and Faith: A Introduction.He also coedited with James CharlesworthJewish and Christian Scriptures: The Function of "Canonical" and “Non-Canonical” Religious Textsand coedited with Joel B. GreenThe World of the New Testament: Cultural, Social, and Historical Contexts.He has lectured widely in the United States, Canada, Europe, and the Middle East.

▼▲
I'm the author/artist and I want to review Ancient Jewish and Christian Scriptures: New Developments in Canon Controversy.
Back
Back