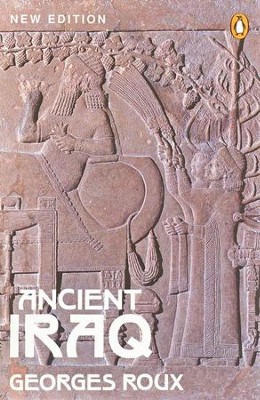 ▼▲
Until the middle of the nineteenth century there was little evidence of the great civilizations that flourished for over three thousand years between the Tigris and the Euphrates, apart from a few allusions in the Bible. Almost every trace of the arts, sciences and literature of the Sumerians, Akkadians, Babylonians, and Assyrians was obliterated, hidden under thousands of artificial mounds or tells representing ancient cities. Over the last hundred of years, however, archaeologists of various origins have sought to uncover the monuments and texts that reveal the history and civilization of the region known as Mesopotamia, most of which corresponds to the territory of modern Iraq. In the last three decades, perhaps no other country has been so extensively explored by archaeologists from all over the world and by the Iraqis themselves, while new texts have been published and older texts retranslated or reinterpreted by international teams of Sumerologists and Assyriologists.
Newly revised and now in its third edition, Ancient Iraq covers the political, cultural, and socio-economic history of Mesopotamia from the days of prehistory to the Christian era and somewhat beyond. Dr. Rouz describes for the general public and students the empires that have successively arisen and collapsed in Mesopotamia as well as the institutions, religions, sciences and daily life of its inhabitants. That so vast a subject makes such absorbing reading is due not only to the inevitable fascination of the past but also to the light, yet exact, touch of a talented historian.

▼▲
Newly revised and containing information from recent excavations and discovered artifacts, Ancient Iraq covers the political, cultural, and socio-economic history from Mesopotamia days of prehistory to the Christian era.

▼▲
Georges Roux was a French writer born in Salon-de-Provence in 1914. The son of an army officer, he lived for 12 years with his parents in Syria and Lebanon before returning to study medicine at the University of Paris, graduating in 1941. While practicing medicine he also pursued oriental studies at the &Eacute;cole des Hautes &Eacute;tudes. In 1950 he became a medical officer for the Iraq Petroleum Company, staying for two years in Qatar and seven in Iraq. Between 1956 and 1960 he wrote for the IPC's widely read journal, the articles of which eventually became Ancient Iraq, the authoritative work on political, cultural, and socioeconomic history from Mesopotamia days of prehistory to the Christian era. First published in English in 1964, the work has also been translated into French, Arabic, Spanish, and Polish.

▼▲
I'm the author/artist and I want to review Ancient Iraq.
Back
Back