Skip to main content
Ancient Gnosticism: Traditions and Literature
By: Birger A. Pearson
Stock No: WW632583 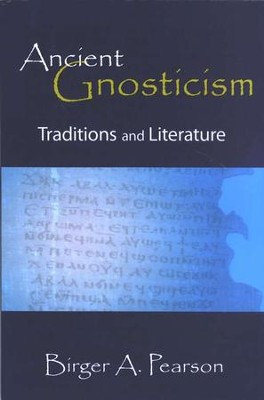 ▼▲
In Ancient Gnosticism Pearson surveys all the primary literary evidence for ancient Gnosticism, providing a clear and succinct introduction to each individual writing (including the newly published Gospel of Judas from the Tchacos Codex), along with a judicious consideration of the historical origin of Gnosticism. The classic schools of Christian Gnosticism are discussed, along with Hermetic Gnosis, Manichaeism, and the Mandaeans. Chapters are helpfully keyed to all the standard translations of Gnostic writings, including The Nag Hammadji Scriptures: The International Edition, edited by Marvin W. Meyer (2007). The book includes illustrations, maps, timeline, and a bibliography.
Birger A. Pearson is Professor Emeritus of Religious Studies at the University of California, Santa Barbara, and a leading expert on Gnosticism. His previous books include The Roots of Egyptian Christianity, Gnosticism, Judaism, and Egyptian Christianity, and Gnosticism and Christianity in Roman and Coptic Egypt. He is the translator of Nag Hammadi Codices IX and X and (with Frederik Wisse) of Nag Hammadi Codex VII.

Even as public interest is attracted to this esoteric religion, Escholars have debated its origins, its relationship to Judaismand Christianity, and even whether one distinctive and separateGnostic "religion" ever existed. Birger Pearson's expert andaccessible introduction brings the reader into the debate.Directly addressing the nettling questions of origins anddefinition, Pearson situates the advent of Gnosticism within theGreco-Roman religious world and critically appraises the sources.With illustrations, maps, timeline, and bibliography, Pearson'svolume facilitates the pursuit of gnosis, at least historically, bygeneral readers, students and scholars alike.

Birger A. Pearson is Professor Emeritus of Religious Studies at the University of California, Santa Barbara, and editor of The Roots of Egyptian Christianity (Fortress Press, 1986, with James E. Goehring), and author of the forthcoming Ancient Gnosticism: Traditions and Literature (Fortress Press, 2007).

▼▲
I'm the author/artist and I want to review Ancient Gnosticism: Traditions and Literature.
Back
Back