Skip to main content
SPRING CYBER EVENT STARTS NOW: And it's a really BIG deal! Up to 88% off through 5/24>
Ancient Faith: Future Mission New Monasticism as Fresh Expressions of Church
By: Graham Cray
Stock No: WW250444 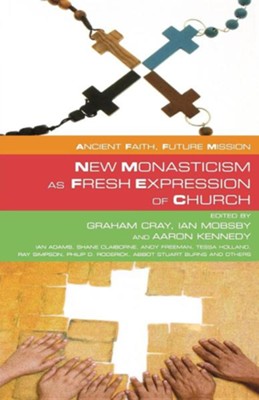 ▼▲
The combination of Fresh Expressions and the explosion of interest in monastic spirituality is resulting in the emergence of new monastic communities inspired by historic patterns of religious life, but reframed for the contemporary world. This worldwide movement is seen as a radical expression of ecclesial community and was named in Mission Shaped Church as one of the leading new forms of church that would help people reconnect with Christianity.

A new monastic community may be a dispersed group of families and individuals meeting to share meals and worship, it might be a group connected virtually; it might be a youth group exploring monastic spirituality. In this book, leaders of traditional religious communities and emerging 'new monastic' communities tell their stories and reflect on how an ancient expression of being church is inspiring and shaping a very new one.

Included are many well-known contributors: Graham Cray, Tom Sine, Shane Claiborne, Ray Simpson, Abbot Stuart Burns and others exploring intentional living in the UK and the US.

▼▲
I'm the author/artist and I want to review Ancient Faith: Future Mission New Monasticism as Fresh Expressions of Church.
Back