Skip to main content
SPRING CYBER EVENT STARTS NOW: And it's a really BIG deal! Up to 88% off through 5/24>
Ancient Paths: Discover Christian Formation the Benedictine Way - eBook
By: David Robinson
Stock No: WW15075EB 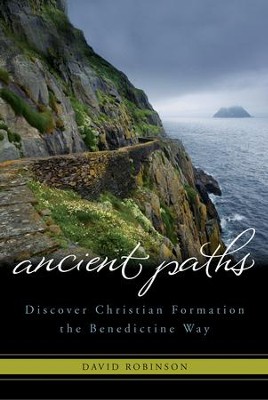 ▼▲
This innovative guide to Christian formation offers an ancient-yet-contemporary approach to growth in Christ. Providing practical guidance for pastors and lay leaders in the local congregation and help for home groups, house churches, and small groups, Ancient paths will show you the way that has found millions of Christians over the last 1,500 years.

▼▲
Ancient Paths offers personal and practical insights into "The Rule of St. Benedict", an ancient guidebook for Christian formation in community. Drawing upon centuries of Benedictine spirituality and monastic spiritual practices, Ancient Paths presents a five-fold approach to spiritual formation in community. While Benedict wrote his guidebook for monks living in the early sixth century, Ancient Paths presents Benedict's perspectives and principles as a rich source of wisdom and practical guidance for Christian formation today. Ancient Paths is a field-tested guidebook, showing how this way of life has been lived by monastics day by day over the past fifteen centuries. Through biblical principles and practical applications for Christian formation today, readers will discover ancient, but new ways of living their faith together with others. This book also provides guidance for pastors, priests, and lay-leaders in the local congregation for helping to grow a community of faith in the ancient way of Christ. A twelve-week study guide is also provided for individuals, home groups, house churches and small group leaders.

▼▲
David Robinson (M.Div. 1984, Fuller Seminary; D.Min. 2009, Fuller Seminary), has served as pastor in Cannon Beach, Oregon since 1993, and celebrates 25 years of pastoral ministry. He has two other books on Benedictine spirituality for families, include “The Busy Family’s Guide to Spirituality” (Crossroad, 2009), and “The Christian Family Toolbox” (Crossroad, 2001). Robinson became a Benedictine Oblate with Mount Angel Abbey, Oregon in 2006, is married and enjoys three grown sons and two daughters-in-love.

▼▲
I'm the author/artist and I want to review Ancient Paths: Discover Christian Formation the Benedictine Way - eBook.
Back
Back