Skip to main content
BIG SUMMER BLOWOUT: Over 2,000 deals ~ up to 85% off, through 8/16. Shop now >
Shembe, Ancestors, and Christ: A Christological Inquiry with Missiological Implications - eBook
By: Edley J. Moodley
Stock No: WW110773EB 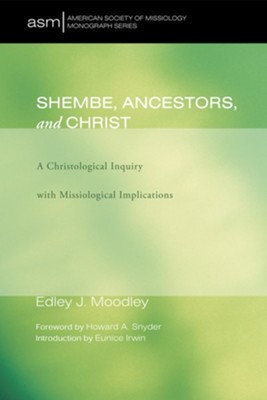 ▼▲
The Christian axis has shifted dramatically southward to Africa, Asia, and Latin America, so much so that today there are more Christians living in these southern regions than among their northern counterparts. In the case of Africa, the African Initiated Churches-founded by Africans and primarily for Africans-has largely contributed to the exponential growth and proliferation of the Christian faith in the continent. Yet, even more profoundly, these churches espouse a brand of Christianity that is indigenized and thoroughly contextual. Further, the power and popularity of the AICs, beyond the unprecedented numbers joining these churches, are attributed to their relevance to the existential everyday needs and concerns of their adherents in the context of a postcolonial Africa. At the heart of Christian theology is Christology-the confessed uniqueness of Christ in history and among world religions. Yet this key feature of Christianity, as with other important elements of the Christian faith, may be variously understood and re-interpreted in these indigenous churches. The focus of this study is the amaNazaretha Church, an influential religious group founded by the African charismatic prophet Isaiah Shembe in 1911 in the province of KwaZulu-Natal, South Africa. The movement today claims a following of some two million adherents and has proliferated beyond the borders of South Africa to neighboring countries in Southern Africa. The book addresses the complex and at times ambivalent understanding of the person and work of Christ in the amaNazaretha Church, presenting the genesis, history, beliefs, and practices of this significant religious movement in South Africa, with broader implications for similar movements across the continent of Africa and beyond.

▼▲
I'm the author/artist and I want to review Shembe, Ancestors, and Christ: A Christological Inquiry with Missiological Implications - eBook.
Back
Back