We are OPEN and SHIPPING - click here for shipping estimates
The Anatomy of the Nuremberg Trials: A Personal Memoir - eBook
By: Telford Taylor 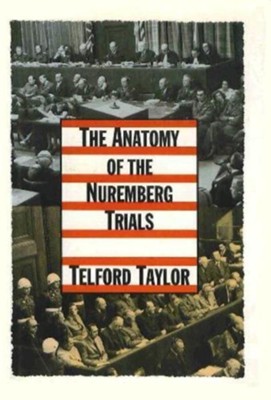 The Anatomy of the Nuremberg Trials: A Personal Memoir - eBook

▼▲
A long-awaited memoir of the Nuremberg war crimes trials by one of its key participants. In 1945 Telford Taylor joined the prosecution staff and eventually became chief counsel of the international tribunal established to try top-echelon Nazis. Telford provides an engrossing eyewitness account of one of the most significant events of our century.

▼▲
TELFORD TAYLOR was a professor of law at the Columbia University Law School. After graduating from Williams College and Harvard Law School, he served with various government agencies in Washington, becoming general counsel to the Federal Communications Commission in 1940. He served in the army during World War II and was a staff prosecutor in the Nuremberg war trials in 1946. Mr. Taylor was the author of several books, including The March of Conquest (1958), Sword and Swastika (1962), and The Breaking Wave (1967). He died in 1998.

▼▲
I'm the author/artist and I want to review The Anatomy of the Nuremberg Trials: A Personal Memoir - eBook.
Back
×
Back
×