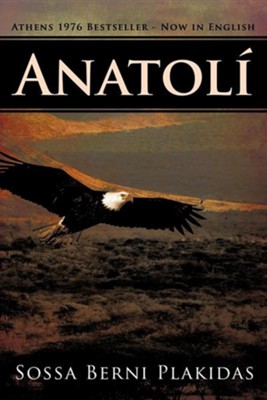 ▼▲
From the Translator 's Desk To improve my Greek, I began reading ANATOLI, and soon realized it is a chapter of WWII history that deserves international attention. Hence, this first English edition and soon the first German. This novel about Sossa 's life as a child during WWII and the Greek Civil War, and then as guest-worker in post-war Germany is a remarkably vivid, often harrowing, eye-witness record of the experience of Greek families who fled from the German Occupation of Ikaria to refugee camps in the Belgian Congo. To Sossa and her younger brother her playmate, Phoebus in the novel the lure of the jungle was irresistible. There, they met two little African boys who taught them jungle games and Swahili.When this English edition was in progress, Sossa, by long-distance phone call, told me the new conclusion to Chapter 14: Is God white or black her classmates had argued the day she and her brother, playing in the river on a big, flat rock, were suddenly surrounded by a huge python. Its fangs were flicking, and it seemed to be smiling, even as its hungry jaws threatened. The terrified children were saved by the father of their African playmates, Akouarella. Cleverly, he mesmerized the snake so as to snatch them away, back to their home. That night, saying their prayers, Sossa and her brother agreed, God is Black One adventure after another is a lesson about Life, how the World works. Soon after he saved them, they were horrified to see Akouarella, wrongfully accused of thievery, seized by a wild lynching mob and left hanging from a gallows tree Thus, the children learn that, alas, Virtue is not always its own reward; nor does Good always triumph over Evil. Despoina Spanos Ikaris, Ph.D. (University of London) Professor Emerita, CUNY

▼▲
I'm the author/artist and I want to review Anatoli.
Back