Skip to main content
SPRING CYBER SALE: The sale you've been waiting for! Up to 85% off through 5/25>
Analytic Theology: New Essays in the Philosophy of Theology
By: Oliver D. Crisp, Michael C. Rea
Stock No: WW203568 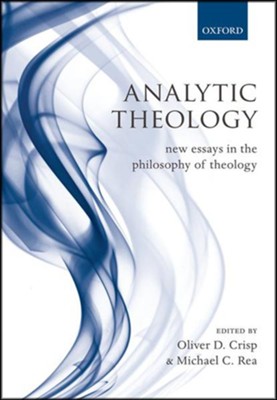 Analytic Theology: New Essays in the Philosophy of Theology

▼▲
Philosophy in the English-speaking world is dominated by analytic approaches to its problems and projects; but theology has been dominated by alternative approaches. Many would say that the current state in theology is not mere historical accident, but is, rather, how things ought to be. On
the other hand, many others would say precisely the opposite: that theology as a discipline has been beguiled and taken captive by 'continental' approaches, and that the effects on the discipline have been largely deleterious. The methodological divide between systematic theologians and analytic
philosophers of religion is ripe for exploration. The present volume represents an attempt to begin a much-needed interdisciplinary conversation about the value of analytic philosophical approaches to theological topics. Most of the essays herein are sympathetic toward the enterprise the editors
are calling analytic theology; but, with an eye toward balance, the volume also includes essays and an introduction that try to offer more critical perspectives on analytic theology.

▼▲
"The editors of this volume have elicited new essays from an impressive list of contributors, including both long established figures in philosophy and theology and others relatively new."--Gordon Graham, Notre Dame Philosophical Reviews

▼▲
I'm the author/artist and I want to review Analytic Theology: New Essays in the Philosophy of Theology.
Back