Analogy and Philosophical Language
By: David B. Burrell 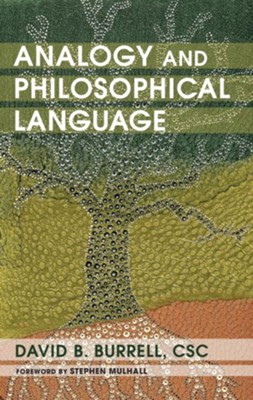 ▼▲
The most useful and available key to someone's position lies in the expressions he is prepared to make his own. Language clearly reflects the bearings we have taken as well as it reveals how aware we are that we have taken them. The language he uses not only shows us where someone stands but also lets us in on the extent to which he understands where he stands. And if the expressions we are prepared to utter are so revealing about our position in the world, perhaps the language we use can also reveal some basic facts about the world itself--or the world as we most basically see it. Language would then prove a valuable key to that style of question long called metaphysical. This book is an attempt to follow out some of the clues that language gives us about the world, specifically those offered by a privileged set of expressions: analogous terms. David B. Burrell, CSC is the Theodore Hesburgh Professor Emeritus of Philosophy and Theology at the University of Notre Dame. In addition to authoring more than one hundred fifty scholarly articles, his many books include Aquinas: God and Action (1979), a translation of al-Ghazali's Faith in Divine Unity and Trust in Divine Providence (2000) as well as Towards a Jewish-Christian-Muslim Theology (2011). He presently serves the Congregation of Holy Cross in Bangladesh.

▼▲
I'm the author/artist and I want to review Analogy and Philosophical Language.
Back
×