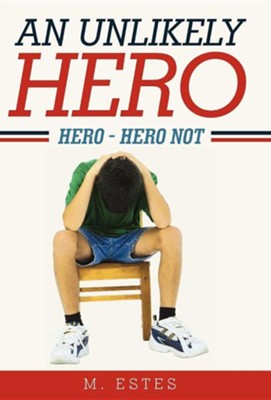 An Unlikely Hero: Hero - Hero Not

The purpose of this story is to create a superhero unlike any seen before. This one doesn't wear a cape or a colorful costume or resort to science-fiction antics. He is only slightly different from the boy you might find next door, in that he has a neurological disorder which makes him an unlikely hero.

This story will give readers a glimpse of what life may be like for a family raising an autistic child in a culture gone bad. It is set in an upscale community that has gone overboard chasing unwritten rules of political correctness and social engineering. The unlikely hero does some phenomenal things, such as wiping out a bunch of gangsters and a common criminal who tries to nab one of his fellow students. Traditional, thinking people in the community and the vast Internet world think he is a genuine hero. This opinion conflicts sharply with the opinion of a big-time civil-rights lawyer and a cadre of elitists who claim he is a vigilante who should be banished.

As the tale unwinds, many characters add, in their own way, to solving the mystery of how he does what he does. There are hints that the boy's overachieving, terrorist-fighting uncle Jocko may have brought about a supernatural transformation.

"This is a good and a provocative read with unusual twists. Those familiar with autism will nod their heads in agreement as the issue is sensitively touched upon, social conservatives will likely be smiling in agreement as hot-button issues are pushed, and national security advocates will find the terrorist/elitist tie interesting. It ends in great style. I had an urge to applaud." -Lap Calimi, technical writer

▼▲
I'm the author/artist and I want to review An Unlikely Hero: Hero - Hero Not.
Back