Skip to main content
OUR BIGGEST BARGAIN SALE EVER: Over 6,000 deals at never-seen-before prices ~ through 8/23. Shop now >
An Uncommon Woman
By: Laura Frantz
Stock No: WW734952 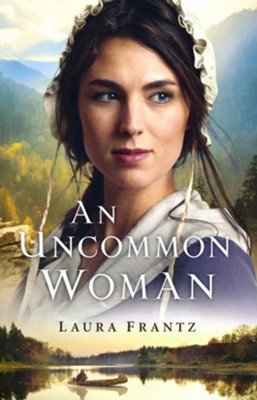 Unflinching and plainspoken, Tessa Swam is not your typical eighteen-century woman. Born and bred on the frontier along with her fice brothers, she is a force to be reckoned with.

Raised by Lenape Indians and a hero of the French and Indian War, Clay Tygart is not your typical eighteen-century man. He returns to the fort that bears his name to become the new commander. Charged with keeping the peace with local tribes, Clay is determined to avoid any romantic entanglements and purposely give the lovely Tessa a wide berth. But when Tessa is taken captive, Clay's hand-and heart- are forced, leading to a very private and a very public reckoning

Quiet and courageous, Clay Tygart is not your typical 18th-century man. Raised by Lenape Indians, he returns a hero from the French and Indian War to the fort that bears his name, bringing with him Tessa's long-lost friend, Keturah, who disappeared from the settlement years earlier.

Determined to avoid any romantic entanglements as fort commander, Clay remains aloof whenever he encounters the lovely Tessa. But when circumstances force Clay's hand--and heart--the stage is set for one very private and one very public reckoning.

▼▲
I'm the author/artist and I want to review An Uncommon Woman.
Back
Back