We are OPEN and SHIPPING - click here for shipping estimates
An Orchid for Sarah Grace
By: Krista S. Jakubik 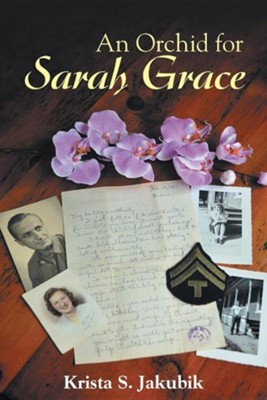 An Orchid for Sarah Grace

Growing up, I was told never to ask my Dad about his time overseas in World War II. After his passing in July 2003, my mother came across an old shoe box that had been pushed to the back of his closet. Upon opening the box, she found over one hundred letters he had written to her while stationed in Europe.

After reading a few letters it became quite clear why he never wanted to talk about the war. Although censored, these letters spoke of his love for my Mother, his belief in God and his wanting to come home. Particularly difficult to read is his account of where he was and what he did as a soldier in Europe.

▼▲
I'm the author/artist and I want to review An Orchid for Sarah Grace.
Back
×