Skip to main content
An Introduction to Natural Theology
By: Maurice R. Holloway
Stock No: WW646336 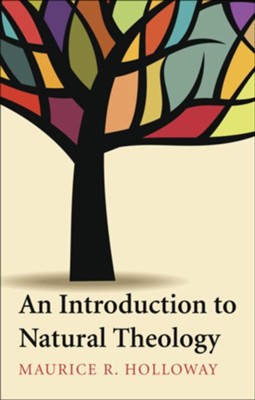 An Introduction to Natural Theology

▼▲
""What is the God of the philosopher? Can the philosopher, that is to say, can human reason, unenlightened by the revealed word, come to a true and secure understanding of 'He-Who-Is'? Is it possible for mere man, without the impact of a personal experience, intimate and intuitive, to arrive by means of an objective demonstration at an absolute affirmation that the Being we call God exists, or that He is Pure Act, Existence Itself, because without him the world of our experience is unintelligible, a complete contradiction? ""And even if we admit, as all Christian philosophers must, that unaided reason is able by its own power to reach an objectively true and secure assent that God exists, is there any evidence, in the recorded history of our world, that man, without the directive knowledge of revelation, ever did secure by a metaphysical effort this absolute truth that the Ipsum Esse exists? Whatever be the answer to this difficult problem--and we do not pretend to know it--it is obvious that Father Holloway, in composing his philosophical approach to God, allowed himself to be guided by the knowledge of faith. Indeed, he must have prayed often for the enlightenment which the supernatural motion of divine grace brings even to the limited and imperfect intellect of a philosopher."" --From the Foreword by Henri Renard, S.J. Maurice R. Holloway (1920-2008) was a former Professor of Philosophy at Edinboro University of Pennsylvania. He co-wrote Being and God and co-edited Wisdom in Depth. After his time at Edinboro University, Holloway pursued his love of acting and performed in many plays including: On Golden Pond, Tartuffe, Waiting for Lefty, and The Fantasticks.

▼▲
I'm the author/artist and I want to review An Introduction to Natural Theology.
Back