An Introduction to Biblical Law - eBook
By: William S. Morrow 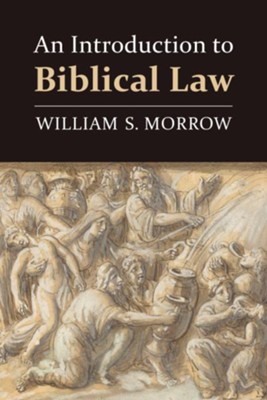 An Introduction to Biblical Law - eBook

Forwarding an informed, accessible textbook on law collections within the Pentateuch, William Morrow's An Introduction to Biblical Law surveys four major law collections in Exodus through Deuteronomy and demonstrates how they each enabled the people of Israel to create and sustain a community of faith.

Treating biblical law as dynamic systems of thought facilitating ancient Israel's efforts at self-definition, Morrow describes four different social contexts that gave rise to biblical law: (1) Israel at the holy mountain (the Ten Commandments); (2) Israel in the village assembly (Exodus 20:22-23:19); (3) Israel in the courts of the Lord (priestly and holiness rules in Exodus, Leviticus, and Numbers); and (4) Israel in the city (Deuteronomy).

Including forthright discussion of such controversial subjects as slavery, revenge, gender inequality, religious intolerance, and contradictions between bodies of biblical law, Morrow's study will help students and other serious readers make sense out of texts in the Pentateuch that are often seen as obscure.

▼▲
I'm the author/artist and I want to review An Introduction to Biblical Law - eBook.
Back
×
Back
×