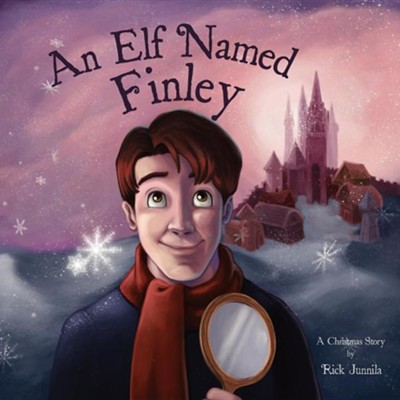 ▼▲
Finley is an orphan boy who is in the early years of becoming a man, and suddenly finds himself both homeless and without a job. Traveling out of the city in search of work, he finds a job in a small town of average people who strangely enough, call themselves elves. He is offered a job to make toys for Santa but is given nothing to work with other than a scroll of written rules for making toys. With empty hands and empty pockets he begins the difficult and often frustrating journey of creating something from nothing.Without knowing it Finley has stumbled upon an inner spiritual journey where he learns he has to overcome despair and fear, with tools such as belief, love and hope. Filled with both apprehension and determination, Finley begins his journey. When he has finally mastered the rules for making toys, Finley comes to the realization he has not only created a toy, he has created the life of his dreams and so can you www.AnElfNamedFinley.com

▼▲
I'm the author/artist and I want to review An Elf Named Finley.
Back