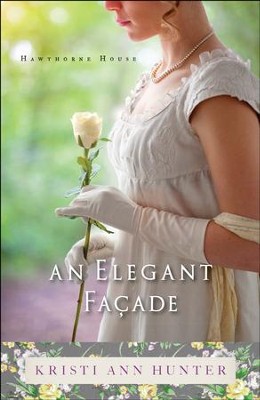 Lady Georgina Hawthorne has worked tirelessly to seal her place as the Incomparable for her debut season. At her first London ball, she hopes to snag the attention of an earl.

With money and business connections, but without impeccable bloodlines, Colin McCrae is invited everywhere but accepted nowhere. When he first encounters the fashionable Lady Georgina, he's irritated by his attraction to a woman who concerns herself only with status and appearance.

What Colin doesn't know is that Georgina's desperate social aspirations are driven by the shameful secret she harbors. Association with Colin McCrae is not part of Georgina's plan, but as their paths continue to cross, they both must decide if the realization of their dreams is worth the sacrifices they must make.

▼▲
Kristi Ann Hunter graduated from Georgia Tech with a degree in computer science but always knew she wanted to write. Her debut novel, A Noble Masquerade, is a RITA double finalist. She lives with her husband and three children in Georgia. Find her online at www.kristiannhunter.com.

▼▲
I'm the author/artist and I want to review An Elegant Facade (Hawthorne House Book #2) - eBook.
Back
×
Back
×