Skip to main content
An Atheist Guide to God
By: Sophia O.Y. Jones
Stock No: WW473536 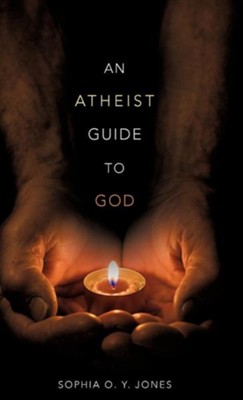 An Atheist Guide to God

▼▲
If ever, there was a time for a book of this caliber, the time is now This book has a message for everyone, if you believe or do not believe in God. "An Atheist Guide to God" is subject to controversy and debate. Not only is the title an original, its content is a force to be reckoned with. You might be wondering, "What in the world would possess anyone to conjure up such a title?" Over a decade ago, the concept was given to the author by revelation. At first, she did not understand why she was given this task, and dreaded it. Then, she realized that not only was she becoming the author, she was a student being taught herself. Sophia Jones was born on the island of Jamaica, where she was raised by her great grandma. She migrated to the United States to reside with her mother in her early teens. After high school she joined the Navy, where she became a Hospital Corpsman. Later, she attended the New England Bible College. Sophia is also an accomplished poet.

▼▲
I'm the author/artist and I want to review An Atheist Guide to God.
Back