Skip to main content
An Asian Harvest: An Autobiography
By: Paul Hattaway
Stock No: WW218482 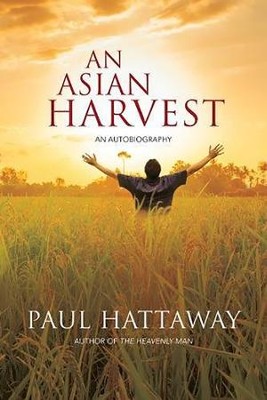 An Asian Harvest: An Autobiography

▼▲
An autobiography by Paul Hattaway, a high school dropout from New Zealand whose love for God and commitment to the peoples of Asia has led him to provide 10 million Bibles to China alone, and to sponsor more than 1500 Asian missionaries through the ministry Asia Harvest. Paul is a gifted speaker, but in obedience to God he has focused for many years on his writing, notably telling the story of Chinese Christian Brother Yun in his book The Heavenly Man, which has sold over one million copies and been translated into nearly 50 languages.

▼▲
Paul Hattaway is an expert on the Chinese church and author of The Heavenly Man, the story of Brother Yun; Operation China, and many other books. Paul went on to set up Asia Harvest, a Christian ministry committed to see effective churches planted among unreached people groups throughout Asia.

▼▲
I'm the author/artist and I want to review An Asian Harvest: An Autobiography.
Back
Back