Skip to main content
An Apology for Apologetics
By: Paul J. Griffiths
Stock No: WW357312 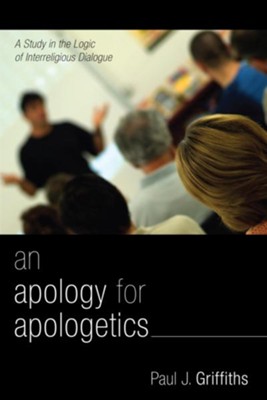 An Apology for Apologetics

▼▲
Description: An Apology for Apologetics argues that a vigorous apologetics is a vital component of any sound effort at interreligious dialogue. Griffiths shows that a spirited defense of each religious tradition must be made by people who are both committed to their "truth" and open to serious criticisms by members of other faith traditions. He demonstrates why and how such a recognition of the necessity of interreligious apologetics (the "NOIA principle") runs counter to the underlying presuppositions of many proponents of interreligious dialogue. Griffiths raises the specter of an unacceptable price that will be paid if the apologetic enterprise is abandoned. Religious traditions, he shows convincingly, will face relegation to the realm of purely private opinion and religious people will be denied the minimum plausibility they need to engage in public discourse. He argues ultimately that if basic doctrines cannot be defended against alien claims, religious tradition cannot survive. This book will without a doubt stimulate the debate it seeks to introduce: it unapologetically issues a challenge to teacup ecumenists and lazy pluralists. An Apology for Apologetics is for all who are seriously concerned with their own religious communities. It shows how to think about (and communicate with) those whose practices and convictions seem to differ significantly from one's own. Endorsements: ""It is a delight to read this rigorously-argued analysis of the significance of religious differences. . . . No recent book in this area takes the realities of religious pluralism with such consistent and utter seriousness."" --J. A. DiNoia, OP, The Thomist ""Refreshing, lucid, and penetrating. . . . Griffiths sets a rigorous new agenda for interfaith dialogue."" --Gavin D'Costa, West London Institute of Higher Education About the Contributor(s): Paul J. Griffiths is Schmitt Professor of Catholic Studies and Chair of the Department of Classics Mediterranean Studies at the University of Illinois at Chicago and the author of the much-acclaimed Christianity through Non-Christian Eyes.

▼▲
I'm the author/artist and I want to review An Apology for Apologetics.
Back