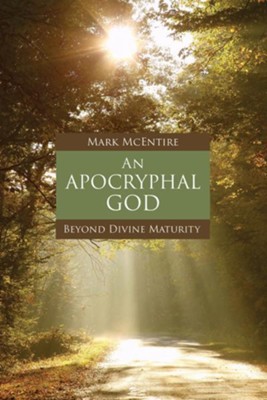 An Apocryphal God: Beyond Divine Maturity

▼▲
In Portraits of a Mature God, Mark McEntire traced the narrative development of the divine character in the Old Testament, placing the God portrayed at the end of that long story at the center of theological discussion. He showed that Israel's understanding of God had developed into a complex, multipurpose being who could work within a new reality, a world that included a semiautonomous province of Yehud and a burgeoning Mesopotamian-Mediterranean world in which the Jewish people lived and moved in a growing diversity of ways.

Now, McEntire continues that story in The Apocryphal God beyond the narrative end of the Hebrew Bible as Israel and Israel's God moved into the Hellenistic world. The "narrative" McEntire perceives in the apocryphal literature describes a God protecting and guiding the scattered and persecuted, a God responding to suffering in revolt, and a God disclosing mysteries, yet also hidden in the symbolism of dreams and visions. McEntire here provides a coherent and compelling account of theological perspectives in the apocryphal writings and beyond.

▼▲
I'm the author/artist and I want to review An Apocryphal God: Beyond Divine Maturity.
Back
×