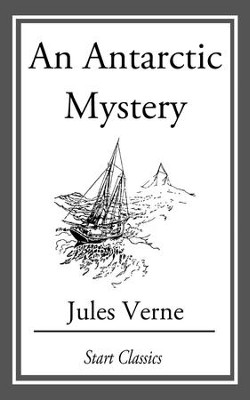 ▼▲
In the year 1839, Mr. Jeorling, whose geological and mineralogical research have led him to the Kerguelen sub-Antarctic archipelago in the Indian Ocean, sets sail on the "Halbrane", whose captain Len Guy is obsessed with Edgar Allan Poe's novel "The Narrative of Arthur Gordon Pym". --- In that narrative, Poe recounts the adventures of Len Guy's brother William Guy who as captain of the "Jane" was persuaded by Arthur Gordon Pym to direct an expedition to the Antarctic. The "Jane" vanished on this voyage, though Pym was still able to pass along his diary to Edgar Allen Poe. --- Increasingly persuaded of the truthfulness of the tale, Mr. Jeorling encourages Captain Len Guy to pursue his brother - whom they believe may still be alive - into the Antarctic. --- Aside from the natural perils of the ocean, they must also face down a mutiny of the sailors on the "Halbrane".

▼▲
I'm the author/artist and I want to review An Antarctic Mystery - eBook.
Back
Back