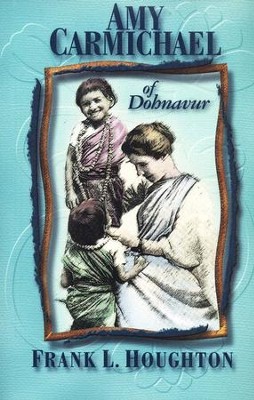 ▼▲
Amy Carmichael, was born in 1867 in the village of Millisle, Ireland, and gave herself unconditionally to Christ. She went first to Japan but was told she could not withstand the climate. Following a short term in Ceylon, presently Sri Lanka, she landed in India in 1895 and remained there without a single furlough until she died on January 18, 1951. Her selfless life and service is an inspiration to anyone interested in Christian missions.

▼▲
I'm the author/artist and I want to review Amy Carmichael of Dohnavur.
Back
Back