Skip to main content
Amor Dei: A Study of the Religion of St Augustine
By: John Burnaby
Stock No: WW3110221 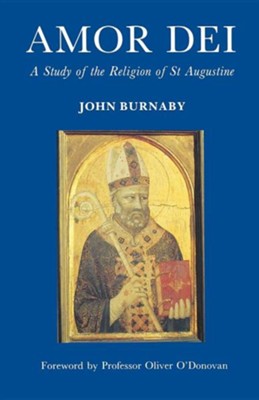 Amor Dei: A Study of the Religion of St Augustine

▼▲
Amor Dei -- a study of the religion of St Augustine --was first published as the Hulsean Lectures for 1938 when John Burnaby was a classics Fellow of Trinity College, Cambridge. Later, after ordination he became Regius Professor of Divinity in 1952 until his retirement. Professor Oliver O'Donovan, in his Foreword to this new paperback re-issue says of the author: `. . . he had found in Augustine of Hippo a Christian whose thought was large enough for a modern believer to devote a lifetime to. A new generation of Burnaby's readers will sense something of that largeness, and will, I hope, also appreciate the largeness of the sympathy that could communicate it so well.'

▼▲
I'm the author/artist and I want to review Amor Dei: A Study of the Religion of St Augustine.
Back