Skip to main content
SPRING CYBER EVENT STARTS NOW: And it's a really BIG deal! Up to 88% off through 5/24>
Amish Heartache
By: Hannah Schrock
Stock No: WW499111 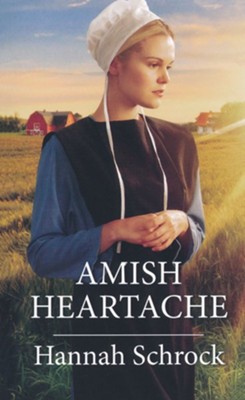 ▼▲
Joanna is shocked when her parents attempt to arrange a marriage for her with Sampson, a man she has disliked since childhood. As a good and loyal daughter she agrees to see where the idea might lead, despite it being against her wishes. Matters are complicated further with the return of Joanna's childhood friend, Eli. A young man who had left the Amish community when he was just a boy, without even saying goodbye. When Sampson falls ill, Joanna believes it to be her fault as she prayed that the marriage would not happen. Yet all the time Sampson lies gravely ill, she and Eli grow closer together - especially when they search for a missing treasure from Eli's dark past. Eli is fighting his own problems; his lack of faith and if he wants to rejoin the Amish or not. There is one person that could convince him to stay. But she seems destined for another.

▼▲
I'm the author/artist and I want to review Amish Heartache.
Back
Back