Is God on America's Side? The Surprising Answer and How it Affects Our Future
By: Erwin W. Lutzer 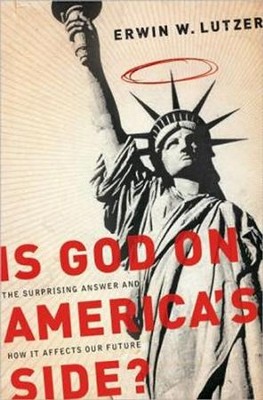 Is God on America's Side? The Surprising Answer and How it Affects Our Future

▼▲
Moody Church pastor Erwin Lutzer, answers this question by citing seven biblical principles that will give you pause for reflection and spurn great many discussions. Each chapter includes 4-5 questions and Scriptural references.

With typical wisdom and lucidity, Erwin W. Lutzer addresses a question that often arises after disappointing elections or events in our nation: "Is God really on America’s side?"

To answer, the reader is carefully led through seven vital principles of a biblical understanding of judgment.

Provocative questions for individual reflection or group discussion complete each chapter of the book. Throughout, Lutzer’s insights into how Christians should view government equips them to think "with the Bible in one hand and a newspaper in the other."

▼▲
DR. ERWIN LUTZER has served as senior pastor of The Moody Church in Chicago for over 30 years. A renowned theologian, Dr. Lutzer earned his BTh from Winnipeg Bible College, a ThM from Dallas Theological Seminary, a MA in philosophy from Loyola University, and an honorary LL.D. from the Simon Greenleaf School of Law. He is an award-winning author and the featured speaker on three radio programs that can be heard on more than 700 radio stations in the United States and around the world. Dr. Lutzer and his wife, Rebecca, live in the Chicago area and have three grown children and eight grandchildren.

▼▲
I'm the author/artist and I want to review Is God on America's Side? The Surprising Answer and How it Affects Our Future.
Back
×
Back
×