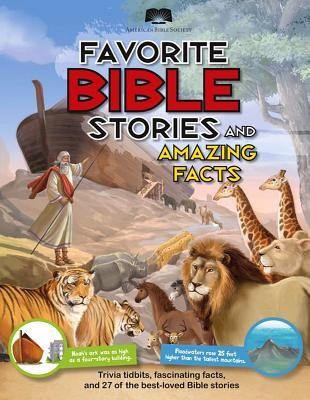 Fantastic facts like the following bring an extra dimension to over 25 of the world's best-loved Bible stories, providing both parents and children with hundreds of tidbits to talk about and learn from. Dynamic illustrations add to the enjoyment, while thought provoking questions make sure young readers think about the lessons at the heart of each story. Created through a partnership with the American Bible Society, Favorite Bible Stories and Amazing Facts is a sure way to help familiarize children with the stories, names, and places they should know, while guaranteeing they have fun along the way.

▼▲
I'm the author/artist and I want to review American Bible Society Favorite Bible Stories and Amazing Facts, Paper.
Back
×