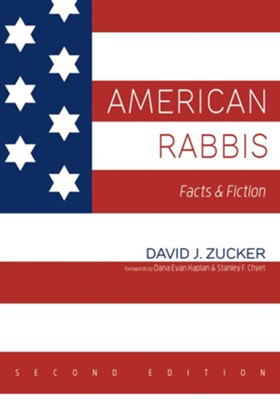 ▼▲
This book is a broad-brush approach describing the realities of life in the American rabbinate. Factual portrayals are supplemented by examples drawn from fiction--primarily novels and short stories. Chapters include: ♣Rabbinic Training ♣Congregational Rabbis and Their Communities ♣Congregants' Views of Their Rabbis ♣Women Rabbis [also including examples from TV and Cinema] ♣Assimilation, Intermarriage, Patrilineality, and Human Sexuality ♣God, Israel, and Tradition This book draws upon sociological data, including the recent Pew Research Center survey on Jewish life in America, and presents a contemporary view of rabbis and their communities. The realities of the American rabbinate are then compared/contrasted with the ways fiction writers present their understanding of rabbinic life. The book explores illustrations from two hundred novels, short stories, and TV/cinema; representing well over 135 authors. From the first real-life women rabbis in the early 1970s to today's statistics of close to 1,600 women rabbis worldwide, major changes have taken place. Women rabbis are transforming the face of Judaism. For example, this newly revised second edition of American Rabbis: Facts and Fiction reflects a fivefold increase in terms of examples of fictional women rabbis, from when the book was first published in 1998. There is new and expanded material on some of the challenges in the twenty-first century, women rabbis, human sexuality/LGBTQ matters, trans/post/non-denominational seminaries, and community-based rabbis.

▼▲
David J. Zucker writes from an insider's viewpoint. Now retired, his rabbinic career included leading congregations in Great Britain and America, university teaching, and many years as a chaplain in long-term care. The author of several books, he is widely published on many topics, including rabbis in fiction. See www.davidjzucker.org.

▼▲
I'm the author/artist and I want to review American Rabbis, Second Edition: Facts and Fiction - eBook.
Back
Back