Skip to main content
The American Political Tradition: And the Men Who Made it - eBook
By: Richard Hofstadter, Christopher Lasch
Stock No: WW23402EB 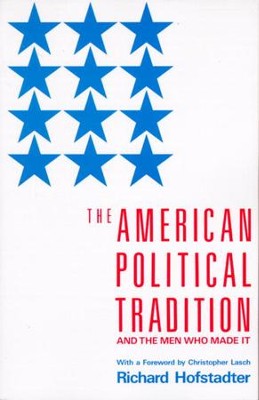 The American Political Tradition: And the Men Who Made it - eBook

▼▲
The American Political Tradition is one of the most influential and widely read historical volumes of our time. First published in 1948, its elegance, passion, and iconoclastic erudition laid the groundwork for a totally new understanding of the American past. By writing a "kind of intellectual history of the assumptions behind American politics," Richard Hofstadter changed the way Americans understand the relationship between power and ideas in their national experience. Like only a handful of American historians before him—Frederick Jackson Turner and Charles A. Beard are examples—Hofstadter was able to articulate, in a single work, a historical vision that inspired and shaped an entire generation.

▼▲
Born in 1916, Richard Hofstadter was one of the leading American historians and public intellectuals of the twentieth century. His works include The Age of Reform, Anti-intellectualism in American Life, Social Darwinism in American Thought, 1860-1915, The American Political Tradition, and others. He died in 1970.

▼▲
I'm the author/artist and I want to review The American Political Tradition: And the Men Who Made it - eBook.
Back
Back