Skip to main content
The Making of American Liberal Theology: Idealism, Realism, and Modernity 1900-1950
By: Gary Dorrien
Stock No: WW223559 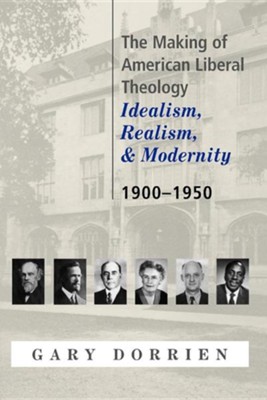 The Making of American Liberal Theology: Idealism, Realism, and Modernity 1900-1950

▼▲
In this first of three volumes, Dorrien identifies the indigenous roots of American liberal theology and demonstrates a wider, longer-running tradition than has been thought. The tradition took shape in the nineteenth century, motivated by a desire to map a modernist "third way" between orthodoxy and rationalistic deism/atheism. It is defined by its openness to modern intellectual inquiry; its commitment to the authority of individual reason and experience; its conception of Christianity as an ethical way of life; and its commitment to make Christianity credible and socially relevant to modern people. Dorrien takes a narrative approach and provides a biographical reading of important religious thinkers of the time, including William E. Channing, Ralph Waldo Emerson, Horace Bushnell, Henry Ward Beecher, Elizabeth Cady Stanton, and Charles Briggs. Dorrien notes that, although liberal theology moved into elite academic institutions, its conceptual foundations were laid in the pulpit rather than the classroom.

In this book, the second of his three-volume history, Gary Dorrien explores American theological liberalism in its heyday--at the advent of the research university and the institutionally identified school. He argues that in its prime theological liberalism effected a creative blending of theological schools, featured a tension between its evangelical and modernist impulses, and was fueled by its expectation of social and cultural progress, until its optimism was subjected to withering internal criticism in the 1930s.

▼▲
Gary Dorrien is Reinhold Niebuhr Professor of Social Ethics at Union Theological Seminary and Professor of Religion at Columbia University in New York City. An Episcopal priest, he is the author of eleven books and over one hundred articles that range across the fields of theology, philosophy, social theory, politics, ethics, and history.

▼▲
I'm the author/artist and I want to review The Making of American Liberal Theology: Idealism, Realism, and Modernity 1900-1950.
Back