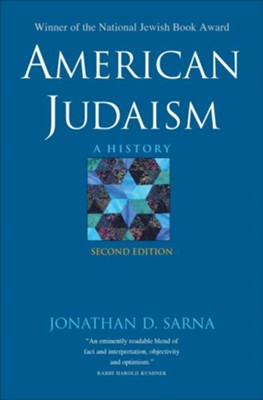 Jonathan D. Sarna’s award-winning American Judaism is now available in an updated and revised edition that summarizes recent scholarship and takes into account important historical, cultural, and political developments in American Judaism over the past fifteen years.

This magisterial work chronicles the 350-year history of the Jewish religion in America. Tracing American Judaism from its origins in the colonial era through the present day, Jonathan Sarna explores the ways in which Judaism adapted in this new context. How did American culture?predominantly Protestant and overwhelmingly capitalist?affect Jewish religion and culture? And how did American Jews shape their own communities and faith in the new world?

Jonathan Sarna, a preeminent scholar of American Judaism, tells the story of individuals struggling to remain Jewish while also becoming American. He offers a dynamic and timely history of assimilation and revitalization, of faith lost and faith regained.

▼▲
I'm the author/artist and I want to review American Judaism: A History, Second Edition.
Back