Skip to main content
America! You're Too Young to Die!
By: Chuck Anderson
Stock No: WW661561 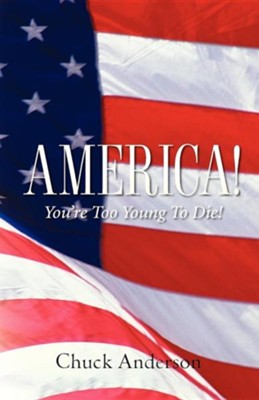 America! You're Too Young to Die!

▼▲
The ruins of the ancient cities of Sodom and Gomorrah have been located along the western shores of the Dead Sea. They stand there in stark contrast to the mountains around them. God preserved the huge ruins of white ash as a reminder that God's Word, the Bible, is not a fairy tale to be taken lightly. His Word is literal and absolutely true. Does the discovery of the cities destroyed by a literal and torrential rain storm of burning sulfur pellets have any implication for a modern, end-time nation that flaunts its immorality and perversion? Will the tragic story of Sodom and Gomorrah ever be repeated? The answer to these questions appears to be a tragic and resounding yes The ancient prophets of God spoke of a mighty, end-time nation that they referred to as "the daughter of Babylon." According to the prophets, that youngest and most powerful of nations will one day experience the same tragic fate as Sodom and Gomorrah. Chuck Anderson has been a church planting pastor in Colorado for nearly 40 years after he and his wife, JoEllen, met at the Grand Rapids School of the Bible and Music in Grand Rapids, Michigan. Pastor Chuck's interest in Biblical prophecy began shortly after his conversion to Christ in 1959. That interest peaked when he and his wife visited Israel in the fall of 2005. Upon returning home, he began doing research on the "lost" cities of Sodom and Gomorrah. His return trip to Israel in the spring of 2006 confirmed his belief that the ruins of the cities have been preserved by God as an example and solemn warning to the world today. The Anderson's have three sons all active in ministry and they now minister at McCarroll Bible Church in Denver, Colorado.

▼▲
I'm the author/artist and I want to review America! You're Too Young to Die!.
Back