Skip to main content
America Under Attack: An Alternative History of World War Two
By: Jeff Kildow
Stock No: WW624179 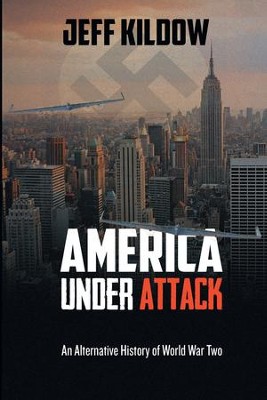 America Under Attack: An Alternative History of World War Two

▼▲
"What if World War II Germany had developed long range bombers that could reach the U.S.? How would that have changed the war in Europe and especially here at home?" In this exciting new novel, a shockingly unprepared New York City is attacked only months after Pearl Harbor. As shock waves reverberate through the press and White House, the home front defenders scramble to prepare. When will the next attack happen? Where will they strike? Crack Army pilot Major Joel Knight is assigned to a training base, frustrating his ambitions to fight in Europe. Suddenly, he is thrust into a desperate defense of America's cities with obsolete airplanes and untested tactics. With help from a beautiful school teacher, he must prevent a diabolical attack on America's secret atomic labs at Oak Ridge, Tennessee.

▼▲
I'm the author/artist and I want to review America Under Attack: An Alternative History of World War Two.
Back