We are OPEN and SHIPPING - click here for shipping estimates
America! Jesus Is Here! - eBook
By: Cliff Dudley, Mel Tari 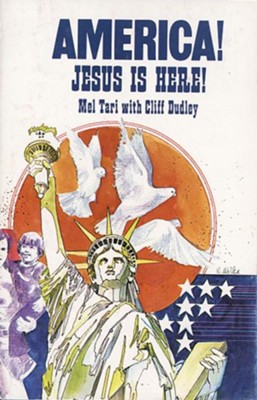 Cliff Dudley founded New Leaf Press, Inc. in 1975 after serving as sales manager at Moody Press in the late 1960s and founding Creation House in 1971. He had a very strong belief in the power of the printed page to move people toward Christ. The mission of New Leaf Press has always been "to bring the lost to Christ and balance to the body of Christ."


In the  mid-1960s thru the 1970s, the islands of Indonesia experienced what some feel was one of the greatest revivals in the 20th century, which has led to millions coming to Christ. A young man of just 18 when this period of revival began, Mel Tari witnessed amazing miracles like those written in the Bible within the remote communities of Indonesia. Tari became a well-known evangelist and missionary to the world from Timor, authoring the bestselling book, Like a Mighty Wind, which documents the amazing events of this spiritual revival in Asia. Translated into dozens of language, the book has become a classic with its message of a childlike faith in the reality of the Holy Spirit and the power of the Word of God. Tari is also the author The Gentle Breeze of Jesus as well as two additional Christian books.