We are OPEN and SHIPPING - click here for shipping estimates
America
By: Ed Chambers 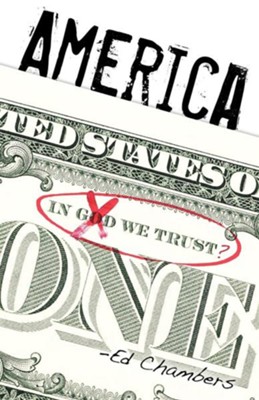 ▼▲
In 200 years the United States of America has risen from being a colony of England to become the most prosperous nation in the history of the world. What led to this prosperity? Was it just our own efforts or was Divine Providence involved? Psalm 33:12 promises a nation that honors God would be a blessed nation and America saw this promise come to pass. Our Founding Fathers recognized the importance of reliance upon God and wrote this into our Declaration of Independence. But over time people change and 21st century America is a much different place. So just how well do our efforts apart from God measure up? Pastor and financial advisor, Ed Chambers takes the reader on a closer look at the financial crisis facing our nation and with prophetic-like insight traces the cause back to our spiritual condition as a people. He further points out that America might have finally gone too far in its pursuit of mammon and tipped the scales of judgment against our nation. If he is right then America is at the crossroads and history will be decided by our actions. This is a must-read book for anyone concerned about America's future. Ed Chambers is the founding pastor of Fox Valley Family Church in St. Charles, Illinois. He has also served as a licensed financial advisor helping seniors plan their retirement.

▼▲
I'm the author/artist and I want to review America.
Back
×