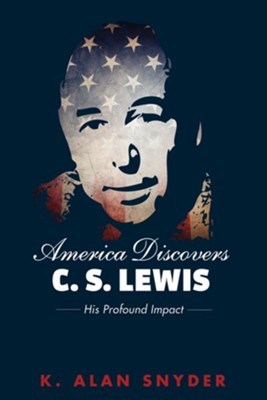 ▼▲
The continuing interest in the works of C. S. Lewis, long after his death in 1963, is a testament to the influence his writings have had on the English-speaking world, not to mention the many translations of his works into other languages. His own home nation of Great Britain was actually slower in appreciating his offerings than the United States. Lewis's books made a major impact on the American reading public, starting with the publication of the American version of The Screwtape Letters in 1943. Lewis has not only influenced the lives of Americans we may consider prominent, but also the multitude of individuals who have come across his works and have been deeply affected spiritually by what they read. The goal of this study is to document, as much as possible, the impact of Lewis on Americans from his lifetime until the present day. It also seeks to understand just why Lewis "caught on" in America to such a degree and why he remains so popular.

▼▲
I'm the author/artist and I want to review America Discovers C. S. Lewis: His Profound Impact - eBook.
Back
Back